We'll be releasing Saviours officially at our show on the 26th of May, but from now on we will take orders through Bandcamp, Bigcartel or via Facebook private message. Limited 300 black and 200 white. We will ship your copy at the beginning of May!

Our 2nd full length Saviours will be released on vinyl later this year! It will be limited to 300 black and 200 white editions. We've also opened up a bigcartel store, so get your shirts, cd's and vinyl there!

Our new full length album Saviours has been released digitally worldwide today on Spotify, Deezer, iTunes, Bandcamp and a lot of other steaming services!

In two weeks we will be performing at Swamp Fest in Berlin where we'll play a lot of our new songs, so come check us out if you are in the neighborhood. We'll also have a limited amount of T-shirts to sell while we're there!

Our brand new full length album "Saviours" will be released on 3 september on Bandcamp, Spotify, iTunes, Deezer and a lot of other digital platforms. 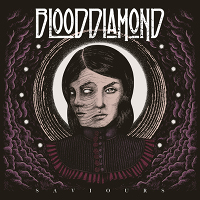 Saviours contains eight tracks with a total runtime of 35:42.

We've been working hard the last few months to record and produce our second full length "Saviours". You can preview one of the tracks called "Never Confessed" right now on YouTube:

Saviours will be released around fall 2016. If you'd like to check out some more new songs, we'll be playing them live in The Cave in Amsterdam on 7 August!